Arrival of the steam locomotive and the K3 wagon

On April 11, the 1916 La Meuse steam locomotive and the large K3 wagon (24 meters) at the CFV3V departed from the railway museum in Mariembourg, Belgium.

This beautiful locomotive is heading straight for the big trailer (with a little help from the Dick Brothers). Thursday, April 13 in the morning, the locomotive and the wagon arrive at the train station of Dracy-Saint-Loup and will be placed on the rails around 9:30.

The three compartments of the K3 will be converted into two luxurious private rooms (each with spas for two people) plus a tea room / library. The locomotive will be connected to the Orient Express sleeping car and the Trans-Europe Express Mistral car restaurant, which will be transported around April 24. 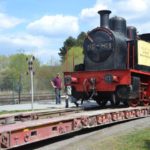 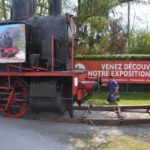 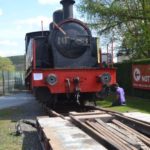 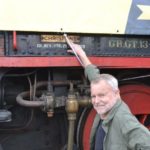 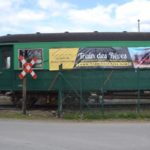 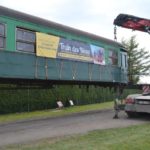 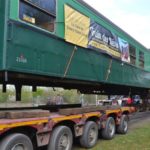 The ghost wolf of Dracy-Saint-Loup supervised the event.